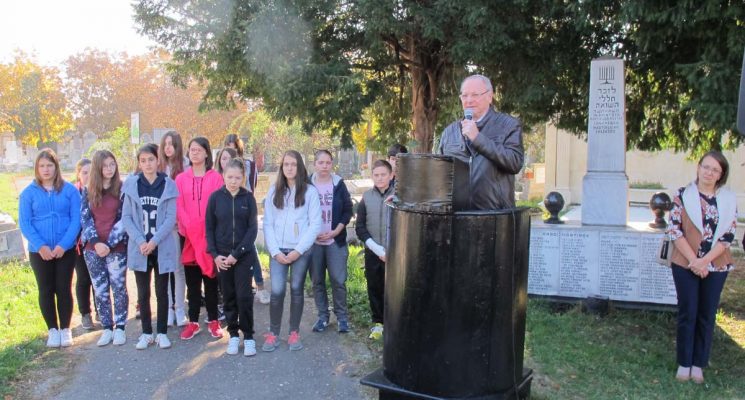 The Rabbi, priests of the denominations in Arad, members of the Jewish community, university professors, pupils, students, teachers and other people who wished to pay tribute to the memory of the Holocaust victims were present on October 17, 2017 at the Jewish Neolog Rite Graveyard in Grădişte. 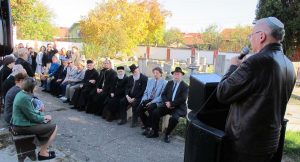 The event began with a short speech by Mr. Ionel Schlesinger, President of the Arad Jewish Community , in which he stressed the necessity of the constant fight that we must all undertake against antisemitism, xenophobia and discrimination of any kind. The Kaddish, the prayer for the dead, followed, said by Avraham Ehrenfeld, the rabbi of the Arad community. 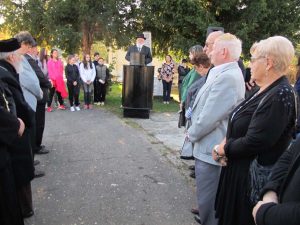 Among the participants, we recall the distinguished university professors from UVVG Arad, together with Prof Marius Grec, Tiberiu Dekany and the Charles and Aniela de Vegvar family, as representatives of the descendants of Neuman baron. 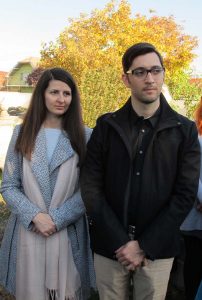 The remembrance moved to the “Ştefan Cicio-Pop” Aula of the “Vasile Goldiş” Western University, where in a overcrowded hall with Arad personalities and students, pupils and teachers, took place the release of the volume “The Holocaust under the Antonescu government. Questions and Answers”, written by Liviu Beriș and funded by “The Friedrich Ebert Foundation”. The distinguished author and president of the Association of Jewish Holocaust Victims of Romania (AERVH) received the diploma “Friend of the Jewish Studies Center” from Prof. Univ. Marius Grec, director of the institution. 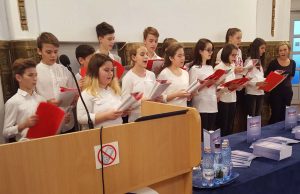 The opening of the ceremony was made by the choir of students from the “Sabin Drăgoi” College of Art, directed by Prof. Monica Tebuia, accompanied by Prof. Dor Niculescu. There was a moment of silence kept in memory of the victims of the Holocaust and a few words of gratitude for this distinguished homage, uttered by Mr. Ionel Schlesinger. 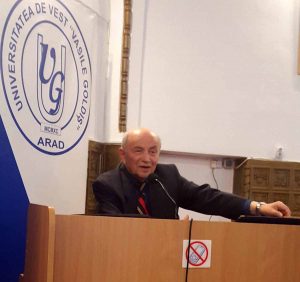 The most important part of the event was the speech given by prof. Liviu Beriş. The author spoke from personal experience, showing how war, famine, brainwashing, and hatred of others altered people, destroyed lives and created monsters. Deeply imprinted in his memory, the horrors of the Holocaust made Liviu Beriş talk about what happened, for it to be a teaching for all of us not to let history repeat itself.