Receiving the Torah celebrated in Arad

The Jewish Community of Arad celebrated the Shavuot, the event that marks the reception of the Torah by Moishe Rabeinu, a biblical moment, of the founding of the Jewish people. The religious event is brought back to the collective memory of all Jewish communities in the world for two days, in the diaspora and one day in Israel, through prayers, traditions and festivities. The feast is also known under the name of Yom Habikkurim or First Fruit Day, as it marks the first such offerings of Israel’s farmers in antiquity.

This year it started in the evening of the 20th of May and ended with the sight of the first star on 21 May, equivalent to 6 and 7 Sivan in the Jewish calendar. The feast comes at 49 days, that is, seven weeks after getting out of  Egypt, and the ritual of counting the days from Pesach (the liberation from Egyptian bondage) until Shavuot ( the receiving of the tables of  the law) is called counting the Omer.

According to the Midrash (the book containing the rabbinic comments), as an anticipation when receiving the Torah, Mount Sinai was suddenly filled with flowers, and the Jewish communities show this by decorating the bimah (the platform where the religious officiant carries out his activity). In the synagogue set up in the festive hall of the community, the bimah was wonderfully adorned by our Ms. Ani, to whom Ionel Schlesinger, the president of the Jewish Community of Arad, thanked in particular in front of all the participants at Shavuot. She also received congratulations from each participant both for the decoration and for the services offered to our community for over three decades. 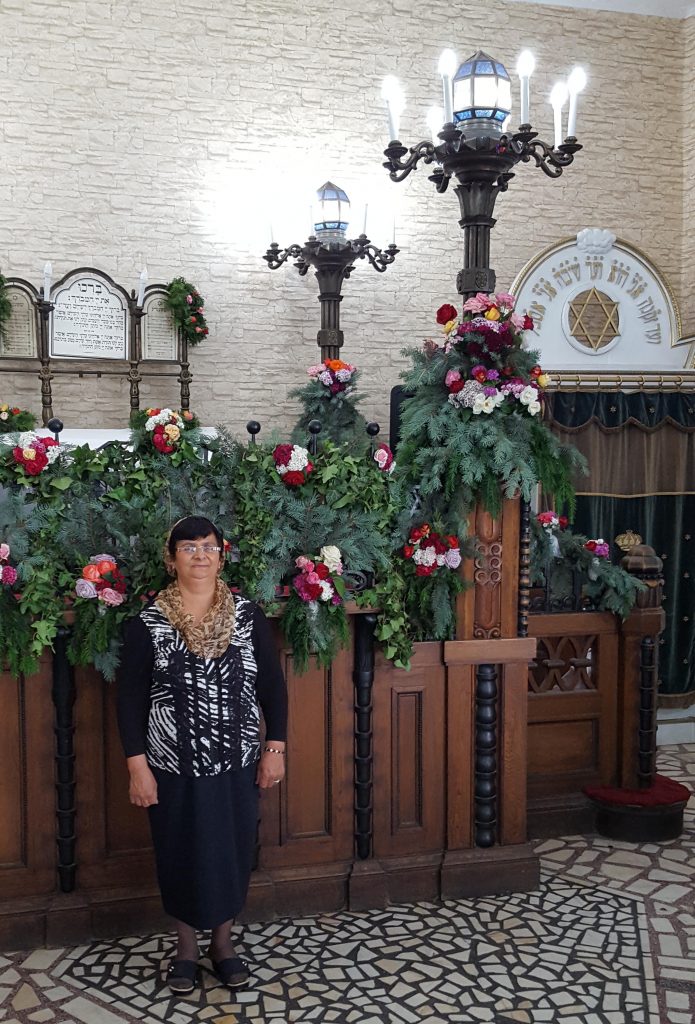 The main part of the celebration was the divine service led by Ştefan Rona, the religious officiant and also one of the most active members of the Arad community. According to tradition, he called to the Torah seven olims, who must be Halahic Jews, pronouncing their Jewish names. This ritual is called Aliah, ascension, and it is a great honor for the called one, who must know the holy text written in Hebrew from right to left with Hebrew characters without transliteration; to wait for the next olim to make Aliah then to go to his place on longer path than normal, accepting the congratulations of the other participants. The Hagbah, the rise of the Torah, followed, when it is said “Vezot haTorah asher sam Moshe” (this is the Torah that Moshe presented). After the completion of the ritual, the Torah was dressed back with her cloak and put in Aron Kodesh, the holy ark. 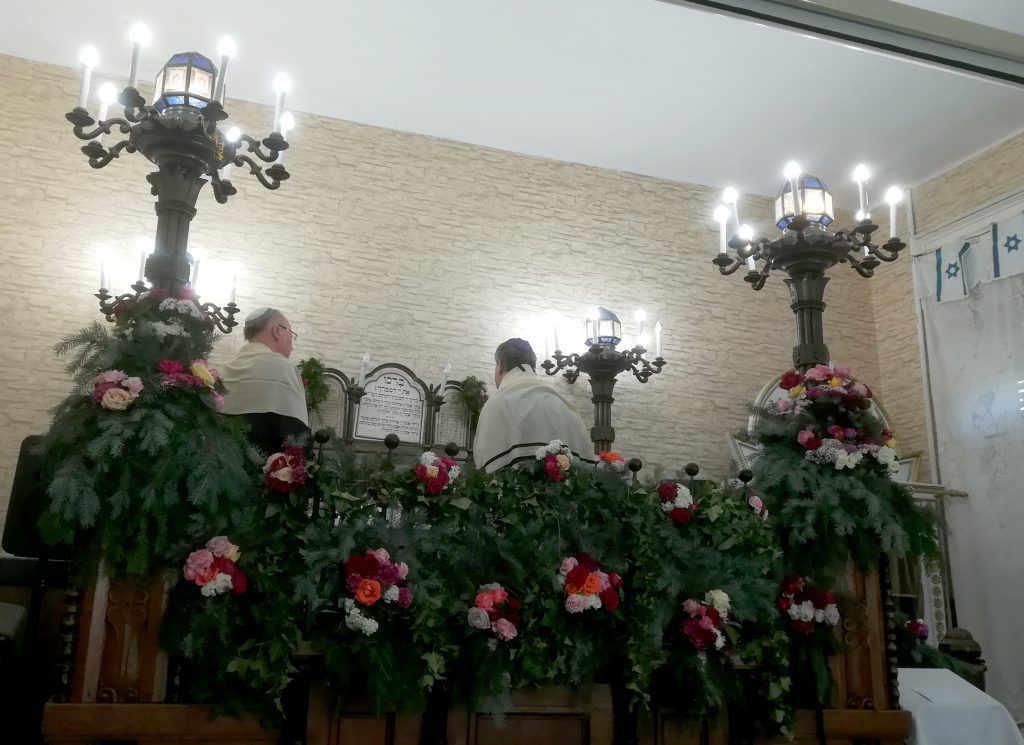 Tradition says that  at Shavuot one consumes dairy foods because the Torah was compared to milk by King Solomon, while Gematria (the practice of assigning numbers to letters of words and calculating their value) gives the value 40 for the Hebrew word chalav (milk), and Moses spent the same amount of nights on Mount Sinai before taking the Torah to the Jewish people. This time, in the Jewish community of Arad, cheesecakes were consumed, as a reflection of ancient customs.

But the great feast didn’t consist only in prayer, decoration and food but in the presence of the human treasures which the community of Arad enjoys. And although each member has made efforts to participate in this year’s Shavuot, some coming from the county, there were people who took part in the event despite all the obstacles of their age or poor health. One of them is teacher Noemi Reckerth, whose great efforts have been recognized by the whole community.

For the community of Arad and other communities in the country, the greatest celebration is the preservation of the Jewish values, communities and communals, whose immense treasures are the people of which they consist. Hag Shavuot Sameah!