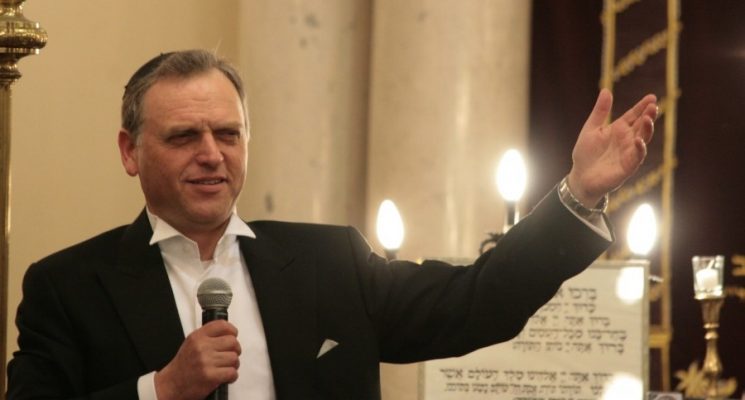 THE SOUNDS OF JOY

Concert dedicated to Judeo-Christian cooperation
Wednesday, 20th of May 2015, 17:00, Neologue Synagogue of Arad

Arad, our beloved city, is distinguished by its welcoming city spirit, with its multiethnic and multicultural specific. If in time the numerical share of some populations has decreased dramatically, their contribution to the development in all areas of the city has not remained unknown or unrecognized.

In this context, the Jewish population of Arad left deep traces in the culture, art, social, urban layout and industry of the city.

A special chapter in the life of this community was cultivating good relations with all other ethnic or religious communities living on these blessed lands.

In recent years, aware of the importance of unification of efforts of all the people who want a normal life, in line with the values of Western democracies, built on Judeo-Christian values, we have stepped up with dedicated actions, within organized national associations sponsored by the International Council of Christians and Jews. Although Romania does not yet have an organization affiliated to the international body, in Arad we act according to its principles, which provides a framework around people’s religions and beliefs, given that each retain their own faith, but learns to gt to know and esteem each other, concluding that diversity is a factor of progress.

Of course, well known to the citizens of Arad, senior cantor of the Jewish Community of Vienna, Shmuel Barzilai, will support the singing, accompanied on piano by prof. Dor Niculescu from Arad. 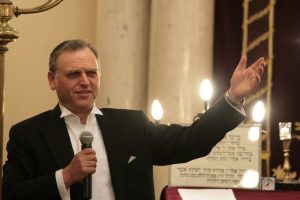 Shmuel Barzilai was born in Jerusalem in a family of renowned cantors. He studied at Yeshiva Israel. A graduate of the Institute of Music and Cantor Song from Tel Aviv, he studied there with famous cantors. He took his master’s degree in Philosophy and Jewish Studies at the University of Vienna.

Shmuel Barzilai is frequently invited to perform in the most significant concert halls in the world, such as: the Musikverein and Koncerthaus in Vienna, Mozarteum and Landestheatheater in Salzburg, Prinzregententheater in Salzburg, Tonhalle in Zurich, Heichal ha tarba in Tel Aviv, Jerusalem Theater, National Gallery of Victoria in Melbourne, Arad Philharmonic, the Operahouses from Belgrade, Bratislava and Kosice, etc.

Barzilai sang with philharmonic and symphony orchestras throughout Europe, Israel and the USA and has performed solo around the whole world: USA, Australia, New Zealand, Russia, Austria, Hungary, France, Germany, Poland, Italy. Romania and the Safed Klezmer Festival marked his career. He sang “El Maleh Rachamim” accompanied by the Vienna Philharmonic Orchestra, at the legendary memorial service “Mauthausen 2000”. He appeared before the United Nations in New York at the 2014 International Day of Remembrance of the Holocaust victims. His professionalism is demonstrated by the numerous CDs he has recorded. 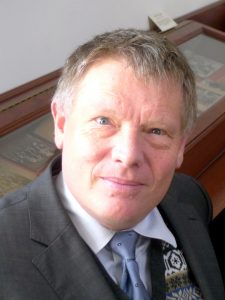 Since 1995 Markus Himmelbauer is the director of the Austrian Coordinating Committee for Judeo-Christian Cooperation. In this position he organizes a number of events with broad international participation, preparing them thoroughly and bringing priests, ministers and rabbis to the table.

He teaches Biblical Studies at the University College of Churches for Teachers’ Education in Vienna.

Markus Himmelbauer studied Catholic theology at Salzburg and Fribourg (Switzerland) and has a doctorate in theology.

His musical career is that of an amateur: at age 11 he plays the organ in church every Sunday and was perfected at various summer schools. In his family he is a third generation church musician.