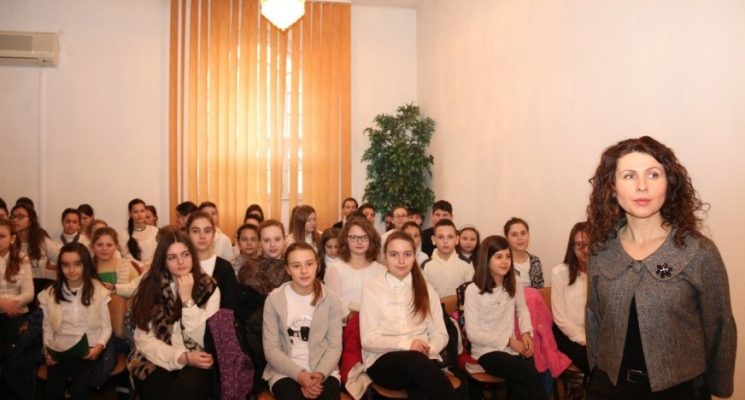 The Center for Jewish Studies “Academician Nicolae Cajal” of UVVG from Arad, in collaboration with the Faculty of Social Sciences, in partnership with The Jewish Community of Arad, the Museum Complex of Arad, the County School Inspectorate of Arad, Goldis TV, The European, with the support of the Ministry of Foreign Affairs, which holds the presidency of the International Holocaust Memorial Alliance (IHRA), marked Friday, 2017 the 27th of January, in Aula “Stefan Cicio-Pop”, the International Holocaust Remembrance Day. 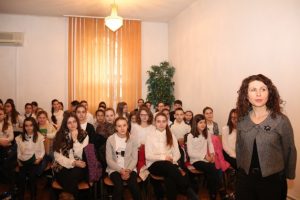 The event was attended by Prof. Dr. Aurel Ardelean, President of the Western University “Vasile Goldis”, Ionel Schlesinger, President of the Jewish Community of Arad, Simona Stiger, Inspector of the County School Inspectorate of Arad, Adelina Stoenescu (from the Museum Complex of Arad), teachers, historians, students and pupils. 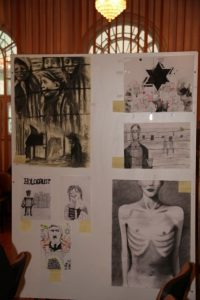 Within the event was held an art exhibition, where there were exposed the most interesting artistic achievements of students; Essays about the Holocaust, read by the authors. A choral moment was presented by the pupils of “Sabin Dragoi” Arts College of Arad; “Diary of Anna Frank” read by students from the “Sabin Dragoi” Arts College of Arad, a result of which prizes were awarded by the Center for Jewish Studies from Arad, UVVG, the Museum Complex of Arad and the Ministry of Foreign Affairs, and the best papers will be published in the magazine “STUDIA IUDAICA ARADENSIS”. The attending teachers have received from the organizers, the following volumes: A History of the European Holocaust. Case of Romania; The Pogrom of Iasi (album); Synagogues of Bucharest (album); The Journal of Ana Frank; Aron Chorin (biography – bilingual volume). Prof. Dr. Aurel Ardelean, President of the Western University “Vasile Goldis”, pointed out: “Since 2005 and until today, we mark the Holocaust Day in recognition of the fact that there were many sacrifices of the Jewish people, innocent people being sacrificed, just because they were Jewish. International Holocaust Remembrance Day was decided by the United Nations General Assembly Resolution no. 607/1 from November 2005 and adopted at the 42nd plenary meeting. 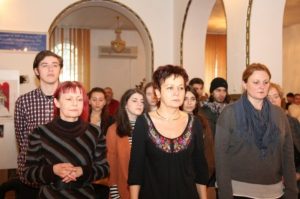 Our university has a special relationship with the Jewish community, both locally and nationally. I bring on this occasion, a tribute to the man who was Acad. Nicolae Cajal, who gave the final approval of the Romanian Academy for the establishment of the Medicine Faculty of Arad. He helped Arad greatly by this gesture, we are considering him one of the founders of higher education in Arad and we’ve honored his memory by erecting a bust in front of the Synagogue, together with the Jewish Community of Arad. On a scientific plan we have established relations with Universities and entrepreneurs from Israel. We intend to open in Arad, with the support of entrepreneurs from Israel, a center for radiotherapy, this project being at the planning stage of the study. Thanks to everyone who participated at this symposium, those who are with the Center for Jewish Studies, one of the most powerful scientific centers, with numerous publications and a special activity in the realm of scientific research. I am delighted by the presence of young people, whom should know the history of nations and the truth. The competition organized on this occasion is welcomed and we will perpetuate this International Day of Remembrance of the Victims of the Holocaust on other occasions too”.

“Our Center for Jewish Studies organized from then until today, the actions of marking this day. This year, Romania holds the Presidency of the International Alliance for Holocaust Memory and this event falls within this context. In which case we organized a drawing competition for students across the country, but also other artistic events. There were awarded the best poems, essays, children’s drawings of Arad and the country”, said Prof. Dr. Marius Grec, director of the Center for Jewish Studies at the Western University “Vasile Goldis”. 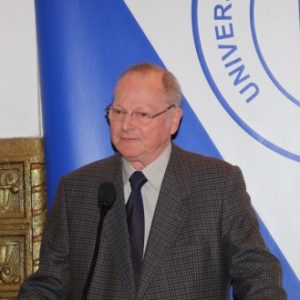 Ionel Schlesinger, president of the Jewish Community of Arad, emphasized the importance of such events, bringing the discussion on the challenges of the present, of the dangers surrounding not only on Jews but on the whole world of Judeo-Christian civilization. His Excellency stressed the importance of educating youth in the spirit of knowledge and respect for human values, appreciation of individuals only on the basis of their contribution to the proper course of society. Finally, he gave warm thanks to everyone who by means of thinking, organization and contributions (graphics, writings, music) have conducted this highly intellectual and moral event.