In 1717, the first Jews settle, with proper documents, in the city of Arad. They are the Elias and Mayer merchant families, who obtain a letter of protection from Lieutenant Baron Ștefan Cosa, commander of the Arad Fortress and of the Mureș area.

“Let it be known, that the Jew Isaac Elias, together with his whole family (including his children and grandchildren) and the Jew Marcus Mayr, residents of the city, are under my shield and protection, on condition that without my permission they shall not put up in their households others than the above mentioned… Full freedom of movement as well as to exercise their trade must be granted to the Jew Isaac Elias and his family, and to the Jew Marcus Mayr. Anybody having a grievance against the above mentioned Jews will submit it to me” (in translation from German).[1]

“Nevertheless, the example of the commander of the fortress will soon be followed by others such as Colonel Horvát, Lieutenant Colonel Jurikovic and other civil servants who hosted some Jewish families”[2]. The name of Éliás Izsák also appears on the first page of the record of the Jewish families in the community, thus we can consider him one of the founders of the Jewish Community of Arad. The foundations of the first Jewish charitable institution in Arad, the Hevra Kadisha (or Chevra Kadisa), came into being at the same time as the community[3], if not before it. Its founder also seems to be Isac Elias, in 1729.[4]

In the beginning, the charity dealt with the burial of Jews, the administration of cemeteries and the care of the sick. The number of its members grew as the community developed, and in 1869 the institution had 520 paying members, growing to 700 in 1900. In 1840, the Hevra Kadisha established a separate hospital which was enlarged in 1861.[5]

The services offered by the Hevra Kadisha extended from the systematization, setting-up and taking care of the Neolog and Orthodox cemeteries, to the creation and maintenance of the hospital, helping those in distress, be they disabled, unable to work, elderly and so on.

The oldest grave in the Neolog Jewish cemetery in Arad is that of old Isac Elias (Éliás Izsák) who died on July 5, 1754.[6] The name of Elias also appears in 1862, when a new governing body takes over the Jewish school. The then president of the community is Ignacz Deutsch, the founder of the boys’ orphanage, a member of that committee being Simon Elias, the son of Isac Elias, who thus continues his father’s work.[7]

The situation of the Jews at that time was extremely difficult. They were supposed to pay 120 forints, but in reality they paid 180 forints as protection fees. From the documents and writings of the time we observe an attitude against the Jews. We see how the Jews are marginalized both by overtaxation and by obstacles placed at every step, such as Cosa’s attempt to limit their number, the constant threat of expulsion if they do not pay the taxa tolerantialis, the limitation of certain rights, such as that of practicing certain trades, and the society’s general hostile attitude toward them. In 1745, an order was given “that no such thought should be allowed that ‘this Hebrew nation’ should pay house tax with the Christians, for they would thus consider themselves the equals of Catholics”.[8]

Until the year 1770, the only way for Jews to earn a living remains to boil palinka in the palinka houses, in the “trenches” for which they had to pay separate rent, and even so they encounter many problems. It is a given in Jewish culture that when the more religious Jews move somewhere where there is no Jewish community, they build a house of prayer, and when the community grows, then a synagogue and a school. This is what the first families that arrive in Arad do. They had a house of prayer in the area that was then called the town of Raț, Rácváros in Hungarian (Ratzfertei).[9] This was the first step that makes us today talk with admiration about everything that the Jewish Community of Arad has built in three centuries, whether it is a cultural, architectural, spiritual or intellectual heritage.

The son of Simon Elias is not inferior in terms of the family’s achievements either, Ármin Éles (after the Hungarianization of the name) being one of the founders of the Chamber of Commerce and Industry of Arad alongside other Jews such as Paul Walfisch, Ferenc Grünwald and Tivadar Ottenberg.[10]

Over the generations, the Elias/Éles family continues to be one of intellectuals, doctors, pedagogues, entrepreneurs and trailblazers, on several continents. But wherever their lives take them, they are bound to Arad, and their deeds are guided by the Jewish requirement to do only good and repair the world (Tikkun Olam). 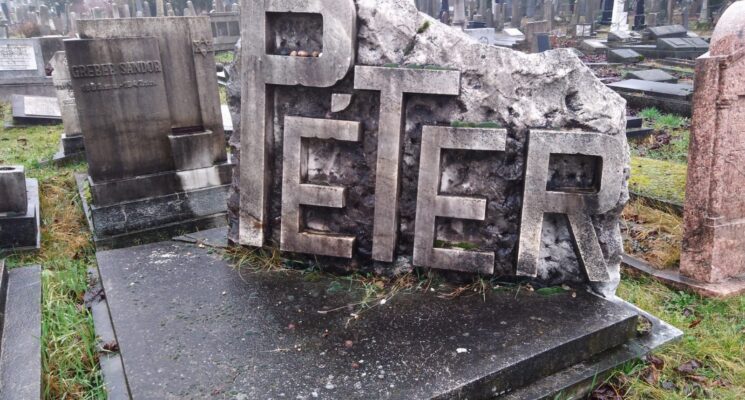